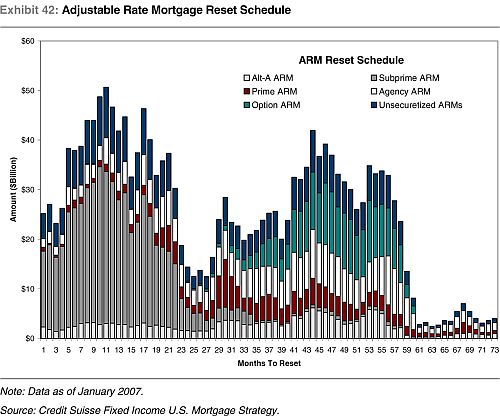 Somebody told me today that it’s time to buy a home soon because the next housing bubble is right around the corner. Oh dears…

My sources from Wall Street are saying that we got at least 5 years to go before any significant recovery of real estate can even be considered. First time buyers, making up for nearly 30% of the buyer’s market, have been priced out and a major correction throughout the U.S. is inevitable. Even public builders like KB Homes are starting to realize what this market needs: AFFORDABLE HOUSING.

Another article from USA Today is full of quotes that can be used to highlight the housing crisis we are facing.

While there’s still a plentiful pipeline of home buyers looking to make a deal, finding one willing to make a split-second decision to buy and pay whatever it takes to get in the door is no longer a lock, real estate agents say.

This one applies to Arcadia:

Part of the problem, Baker says, is that today’s sellers are pricing their homes based on what comparable homes went for six months ago and tacking on an extra 10%. That formula, he says, is too aggressive.

Bubble theory proponents say it will end badly, with sharp price declines and intense financial pain like that investors suffered after the tech stock bubble burst in 2000. But for that to occur, it would take a dramatic rise in interest rates or a major shock to local economies resulting in steep job losses,

Let’s see – It would take 3 things for the market to crash:

This article on MarketWatch covers all 3 scenarios:

I am normally a very optimistic person but there is nothing to convince me that this housing and credit crisis is going to blow over anytime soon.

Here’s to a happy weekend to all you readers. 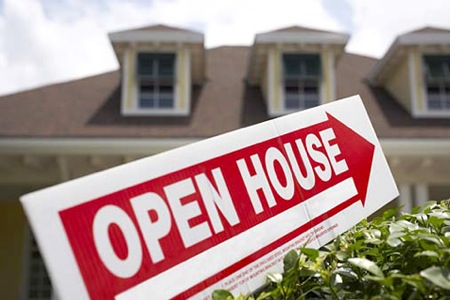 Patrick linked to an interesting article from Zillow yesterday on what homeowners believe about the housing market.

“SEATTLE, Feb. 7 /PRNewswire/ — Despite repeated highly publicized reports of a home sales slump and pricing slides, there’s a surprising amount of positive consumer sentiment — and perhaps a good measure of homeowner denial as well: Even in a negative home pricing environment, 77 percent of homeowners from around the country believe the value of their home has increased or remained the same in 2007, according to a recent Zillow.com survey conducted by Harris Interactive®.”

There’s being hopeful and then there’s just being ignorant. In the wake of all this economic turmoil, three-quarters of the homeowners surveyed still believe the value of their home has not decreased. Amazing, just amazing.

This idea of “nope, not me” mentality is more destructive than just accepting the fact that we’re going through a housing correction. Homeowners who become sellers for whatever reason continue to list their asking prices above market value. This turns away the buyers who can afford that price range and simultaneously drives away others who would otherwise be in the market for that type of property.

I’ve said this before, but I’m going to repeat myself. Your house is only worth what buyers are willing to pay for it. It’s also a function what buyers are able to pay for it – which is a derivative of what kind of loan and how big of a loan they can qualify for. We’ve documented plenty of properties here at AHB that have been on the market for weeks and months on end because it’s not priced to sell and I suspect that’s consistent with many other areas.

This is also a reason why foreclosures are significant comp killers. The banks just want to unload the REO properties off their books at whatever cost the market is willing to bear. In the meantime, wishful homeowners are hanging on to their precious asking price as the market comps pull them down lower and lower each week. Among other financial and economic reasons, this will mainly be a foreclosure led housing correction. Unfortunately for most homedebtors, they won’t believe it until it’s too late.

Too bad for them…it doesn’t work.

Just in case you missed it, SavedByGrace had profiled a home that reflects how delusional people in this market currently are.

In California’s Orange County, around a quarter of the listings are either foreclosed properties owned by lenders or homes owned by people trying to do “short sales,” or sell for less than the amount they owe the bank…

Despite 1.25% in interest rate cuts so far, major stock indexes ended in January with heavy losses. Home sales volume is down and foreclosures are up dramatically compared to last year. Although Bush is pushing for his stimulus plan to get the economy moving, everyone seems to have forgotten that the nation still faces an affordability problem.

Every Friday I will provide a short list of news headlines that reflect the current state of our housing market; either locally, statewide or nationally. If you feel that I’m missing one, please leave a comment linking to the article.

In addition to tumbling home prices, the article also reports that sales volume have “plummeted 41.4 percent… compared to December 2006.”

1/21/08 – A Recession, If It Comes, Could Be Worse Than Those of Recent Past <Wall Street Journal>

Talks of recession will only increase as the market attempts to correct itself. It was only the last two weeks that major media has latched onto this eye-catching headline. Those in the blogosphere already saw this coming since mid-2007 and maybe even earlier.

Housing is in the midst of its worst downturn since at least the 1970s.

In a very sudden move between Federal Reserve meetings, the overnight rate was cut down to 3.5%. Terms such as “market meltdown”, “recession” and “panic” are used liberally.

Merrill Lynch has been very critical of the market and for good reason. There needs to be a price correction before the market can pickup again. All the while, the National Association of Realtors (NAR) is quoted saying,

Merrill Lynch’s figures are way too pessimistic… There is so much variation in local housing markets, and we see stable price conditions for 2008.

And the most significant news of the week?
1/24/08 – Congressional leaders reach tentative deal on economic stimulus package

The good news? 95% of tax payers will receive a refund check this year.
The bad news? They want to raise the conforming loan amount so people are encouraged to take on more debt!

Frank said Fannie and Freddie would be able to buy mortgages worth up to 125 pct of the median value of a home in any given region, up to a new limit of 730,000 usd. The current limit on so-called conforming loans is 417,000 usd.