The June 2008 housing numbers are in so I’ll leave these up over the weekend. We’ve gone ahead and compiled the figures for the entire first half of 2008. I would love to here your thoughts!

Something tells me that this trend will continue for the rest of the year. This data shows that the “high-end” homes aren’t selling like they did during the peak of the bubble. And you know why? It’s because anybody who could afford the 20-30% downpayment on a million-dollar plus property is probably smart enough to know that real estate appreciation is dead for the next several years and they are better off investing that cash.

Have you heard about Wachovia and their whopping $8.8 billion loss due to the housing and credit crisis? That is no small change folks. Our friends on Wall Street are currently trading assets at pennies to the dollar because what used to be a hot item (i.e. real estate) is now considered the worst investment anybody could hold.

Of course, you already know this. Housing was never meant to be commonly traded as a liquid asset and it never will (except during a bubble!). But tell that to the 200+ sellers currently on the market and you’ll sure to be stoned. 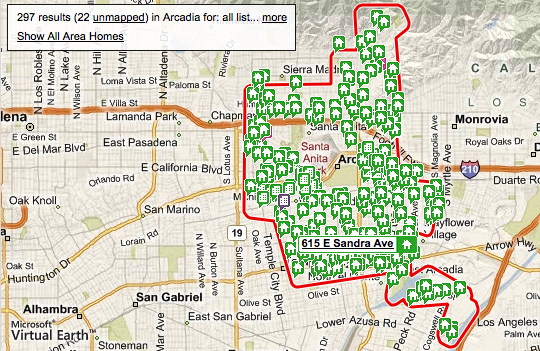